The best kind of problem

By Rhian Bowley on in books, words, writing

I’ve been relatively quiet online recently, because I’m revising my book and it’s totally absorbing*. Right now, at least; I expect a sticky, scary stretch will come along, but I’m not there yet. I bought Holly Lisle’s How To Revise Your Novel course as a Christmas present for myself, and it’s GREAT. Cuts out a lot of flailing by giving me specifics to work on each week, plus the forums are really helpful. These things make me happy. Definitely recommended, if you’re looking to avoid flailing too.

(*plus, my iphone is still broken so I have to actually, like, get up and turn the computer on in order to be online. My laziness often overrides my social-media urge).

My only problem is that other things make me happy, too – especially books by Stacia Kane. Here I am, deep in revision, proud of my swotty, good-girl focus, and along comes a book I know I’m going to drop everything to read – Sacrificial Magic is out in the UK today! I read each of the first three Downside novels in a day and I’m sure this one will be as gripping, and as good. So that’s at least 24 hours of my writing schedule written off, while I catch up with Chess and Terrible.

Even worse,  Bring Up the Bodies is also out today – the sequel to Wolf Hall that I’ve been itching for since I heard it was being written. If I’d noticed when I pre-ordered that they’d both be released at the same time I would have kept my weekend free. Instead I’ve made plans and will have to leave the house and spend time with real people, grr 😉

Any genre-heads who haven’t heard of these are forgiven for seeing ‘Wolf’ and ‘Bodies’ in the titles and assuming I’m reading horror. Nope – they’re the story of Thomas Cromwell, and Wolf Hall was exactly the kind of well-written masterpiece that puts one off ever trying to write anything at all, because it will never be as good. You know the sort of thing. Disgustingly excellent. 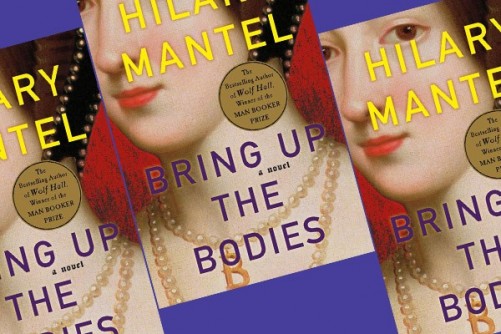 Also, I totally fell for Cromwell.  These aren’t romance novels, but he was so well drawn, so complex and real that I sigh every time I think of him. My poor Thomas.  Sigh. I am so looking forward to spending more time with him.

The only flaw with Wolf Hall was that there were about twenty other characters also called Thomas, who were invariably all in the same scene talking to or about each other, and neither ‘Thomas’ nor ‘he’ were useful signifiers as to who did what. One of the drawbacks of reading on a Kindle is the relative difficulty of flicking back a few pages or referring to the index to see who’s who. Still, better than having to haul a 600 page hardback around, and a useful writing lesson learned – not to give all my characters the same damn name. There, I’m gaining on Hilary Mantel as I write…

I don’t know which book I’m more excited about. The only reason I’m starting Sacrificial Magic first is because it’ll be the quicker read. The Downside books aren’t short, but they are fast-paced and I always inhale them in one or two sittings, whereas Wolf Hall – woah, that was 674 pages, and Bring up the Bodies is 608. Wolf Hall was the first book I ever read on my Kindle, and to be honest I probably wouldn’t have read it if I’d had to lug a book of that size around.

Instead, both of these new books weigh nothing at all (or not?) and were magically delivered to my Kindle by the Amazon fairies overnight, which was thrilling to wake up to, in the same way that eBay purchases always feel like (free) gifts when they arrive.

By Rhian Bowley on in reviews 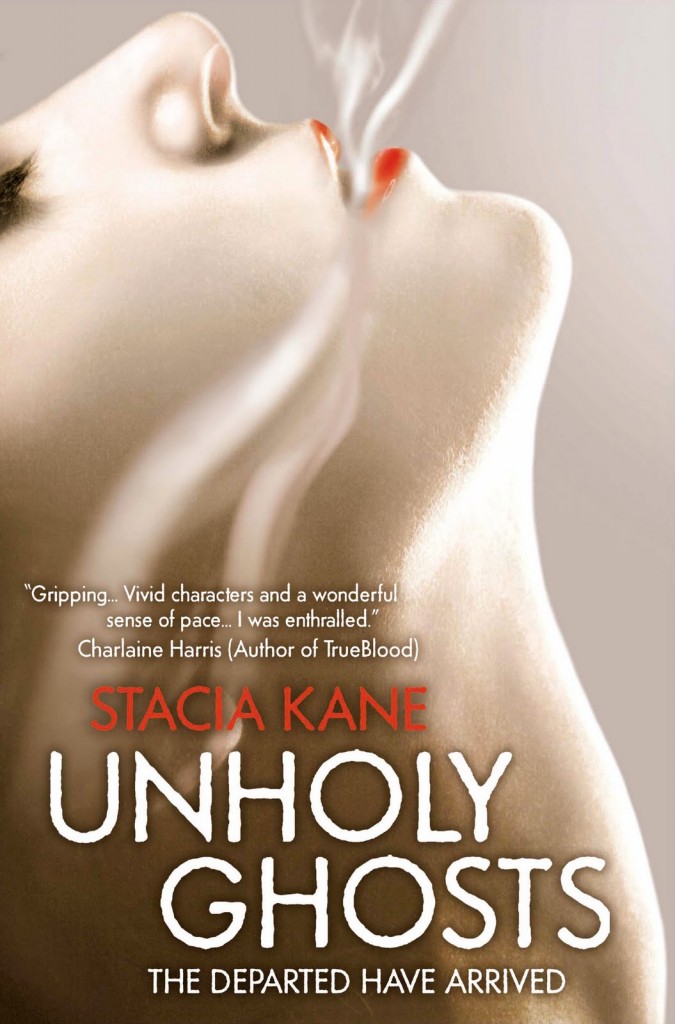 I reviewed the first book of the Downside series at Slacker Heroes this week. Here’s  a taster – click through for the full version on the site. (Then go buy the book/s. They are amazing. Best series I’ve read in years).

“And the living prayed to their gods and begged for rescue from the armies of the dead, and there was no answer. For there are no gods.”

-The Book Of Truth, Origins, Article 12

Welcome to the church of Stacia Kane.

The old church fell apart years ago, when the dead started to rise and it turned out you did not want to be in that number. Brutal, sadistic murderous ghosts, regardless of how nice a Grandma they were when alive, ruined the theory of a fluffy afterlife and threatened everyone living. Governments and religion were powerless to stop them and the cities filled with the dead. Only a small cult could banish them, The Church of Real Truth, who quickly rose to power. Now the old churches lie in ruins, and the dead are (mostly) kept safely underground. Time to meet Chess, Terrible and get a punk-rock tour of Triumph City – trust me, it’s a tour worth taking.

Chess is a Debunker – she visits people who say they are haunted, even though the Church should be controlling all the ghosts. If they really do have ghoulish problems, Chess banishes the ghost and the Church pay the haunted a large sum of money as compensation. If they are faking it for the money, Chess will find them out and report them. I read the opening as a Kindle sample and the action kicked in on the first page, with Chess in trouble trying to banish a real ghost. Maybe she’d be in less trouble if she wasn’t hankering for her next fix of pills. I’d bought the rest of the book before the sample ended, because I was fascinated by this world and had to find out what happened next.

Chess’s pill-popping and her role working for the Church converge when her dealer, Bump, wants her to investigate a haunted airport for him. If she refuses he’ll raise the interest on her debts and make her addiction public knowledge, so she has no choice but to agree. Bump sends his main enforcer, Terrible, along to help/intimidate her. Terrible drives a  black ‘69 Chevelle, has tattoos made with gunpowder and impeccable Stooges-Misfits-Sonics taste in music. Thus begins my favourite pairing of characters since, um, ever. Together they find dark sacrifices, bloody amulets and ghost soldiers, while Chess’s church work stirs up a demon only she can see and rumours that have even Church staff worried.

Chess’s drug habit and the itch for her next dose work as a great device to add tension; no one wants to be trapped in a rival drug gang’s HQ or attacked by hooded phantoms with teeth dripping blood, but going through that when you need a fix soon, and you can’t be sure that what you’re seeing is real – that’s tension. Attracted to the main beef in two rival drug lord’s gangs, both of whom are blackmailing you? Tension some more. Add to that that she’s supposed to be a good girl working for The Church and she’ll lose everything if they find out about her addiction – it’s fair to call Chess’s life complicated.

Her drug use isn’t glamourised, instead it shows us her flaws, her vulnerabilities. It’s the things Chess is self-medicating to avoid – stability, relationships, a fridge with more than just beer in it – that she really needs, but she keeps herself in trouble instead. There are a few points in the series when I want to reach in and shake her, or stop her from messing things up some more, and it is this is that makes her such a strong character. When I cringe for her I relate to her, more than I would if she always knew what to do or didn’t get twisted into tight spots all the time. Chess is on the edge and could go either way – a happy ending isn’t guaranteed, and that makes you turn the pages faster as you worry about how she will make it to the end.

This is the first in the Downside series, and I raced through them all in a week. You can read the first five chapters for yourself here – I suggest you dig out your Ramones t-shirt, turn up the stereo and enjoy the ride

Reviewed for the British Fantasy Society.

Kitty’s a dj on a late-night radio show. She’s also a werewolf. At the start of the series she’s struggling to come to terms with that, and trying to keep it secret. Before long, her two lives meet and her radio show becomes the call-in show for anyone with questions about the supernatural…and the supernatural themselves. Think Frasier, with fangs, for the fey.