By Rhian Bowley on in music, words, writing 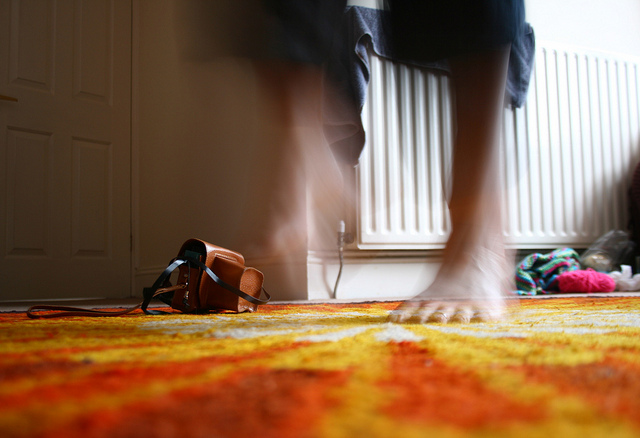 I’ve not yet finished the draft I thought I’d be done with last month, but I have had some great ‘ping!’s about what this middle section needs. Insights that help change it from ‘and then, after The Beginning, they decide to go Slay The Baddies, uncovering (and solving) a Mystery in the process, which leads nicely to The End‘ to something with more substance – less of a service-station stop en route to the end, more of a village in its own right.

I wonder if I’d have got those pings if I’d hurtled through the draft at the pace I’d intended? Yes, I probably would. Going slower got my brain composting some stuff and working on some neat revelations, but had I gone faster and – crucially – worked every day, I’d have been so submerged in the story that the same revelations would have come and probably been signposted more clearly. No justification for slackening the pace, sadly, but good to know that both speeds still get me the same story.

My reading’s going much more swiftly, what a surprise, eh? I loved A Long Long Sleep, by Anna Sheehan, despite a slow start, and stayed up late to finish it. Review for the BFS to come. I was angry and disappointed by The Magician King; Fillory sounded like my kind of place til I realised that all Grossman’s strong female characters meet terrible ends (or are, like Janet, left on P.27 and never seen again). Audra at Unabridged Chick puts it well –

‘I don’t mind darker themes and I don’t mind a harder edge to my fantasy — but I want it doled out in equal part.  Sparing all the male magicians while making the women all victims is frustrating, and whatever pay out comes at the end never feels enough to make the violence okay.  It’s disappointing and frustrating and frankly, feels cheap.

Her review is here and my review for the British Fantasy Society is linked to here.

Talking of the BFS – it’s FantasyCon this month! It’s the first one I’m attending, and I’m very excited. Thank you to Lou Morgan for writing a newbie A-Z – check it out on her blog here.

Right, must get back to The Sims – oops, no, I mean work. Honest, guv.

Eating: punk rock vegan cookies. If they’re vegan I can eat as many as I want, right?

Listening to: Pot Kettle Black, Tilly and The Wall